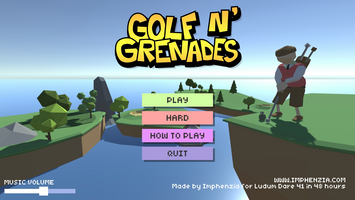 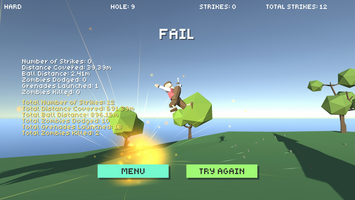 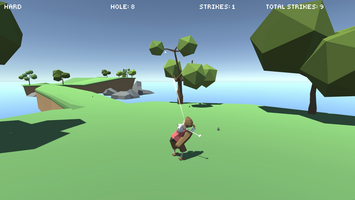 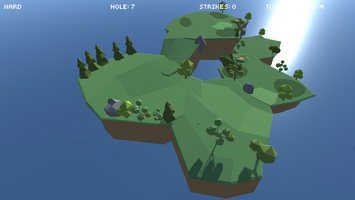 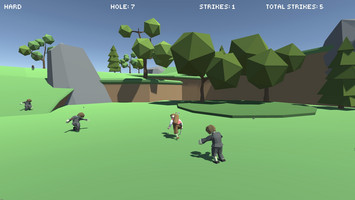 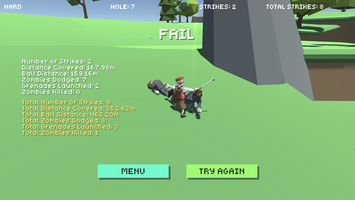 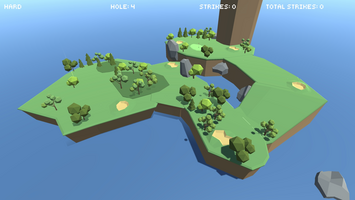 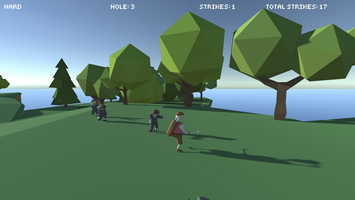 This weekend was crazy. I set out to create a golf and grenades game for Ludum Dare 41 and as usual I had 48 hours at my disposal to make a game "from scratch" (if you discount the fact that I am using a powerful tool like Unity).

I will be putting together a timelapse of the entire process but it's 400 GB of video so it'll take a few days to process.

In short, I set my alarm for 2.55AM and Ludum Dare starts 3AM Swedish time on the night between Friday and Saturday. I got started and as soon as I had modeled my golfer in Blender my son started throw up at 4.30AM.

He had caught the same stomach bug as the rest of the family had a few days before. I sat with him for the next hour and once he fell back a sleep I got back to rigging and animating the golfer.

This time around I modelled and animated most things that I needed in Blender before moving on. After 5 hours or so I had most assets that I needed and I started to build a prototype in Unity. In the most recent events I have started to make the gamemanager straight away rather than prototyping a scene because I find it easier to take care of prefab management and level instantiation straight away. It still worked out this way and I'm not sure if it was faster or not but the code in this game is messier than in my previous LD game since moving from prototype to a game with statemanagement was not as well planned.

I went to bed at 4 AM and out of the 25 hours I probably spent about 20 making the game minus playtime with the kids and going shopping. I slept for 4 hours and got started pretty much straight away. I had more or less the finished game and 9 levels at about 5 PM (10 hours before deadline) so I was able to start making music earlier than I ever have before. The music making process was farily straight forward but I always find it difficult to produce music under pressure.

The WebGL and Windows versions were compiled and ready for release at 1.30 AM, one hour before the 48h deadline. Then I noticed that I had spelled Grenades wrong in the game, including in the drawn title art, so I had to replace the instances in code and redo the artwork. Everything was ready and I did some play testing before uploading the game about 10-15 minutes before the deadline.

After submission was complete, uploading, screenshots, meta text, and stuff like that, I had to start making my wife's birthday cake at 4 AM - it's her birthday today. We are renovating the house so I was confined to a little area in the basement to make the cake and finally, at 5 AM I was able to head to bed.

Now it's 8:15 AM and I've been awake for 2 hours already since the kids have to go to daycare and school, the builders are here, and my son is still off today recovering from the bug. I only got about an hour and a half of sleep so I will have to recover some of that lost sleep during the day.

Many more details and timelapse will follow. Meanwhile, I hope you enjoy playing Golf N' Grenades!

Play golf while dodging zombies, or blow them up with grenades